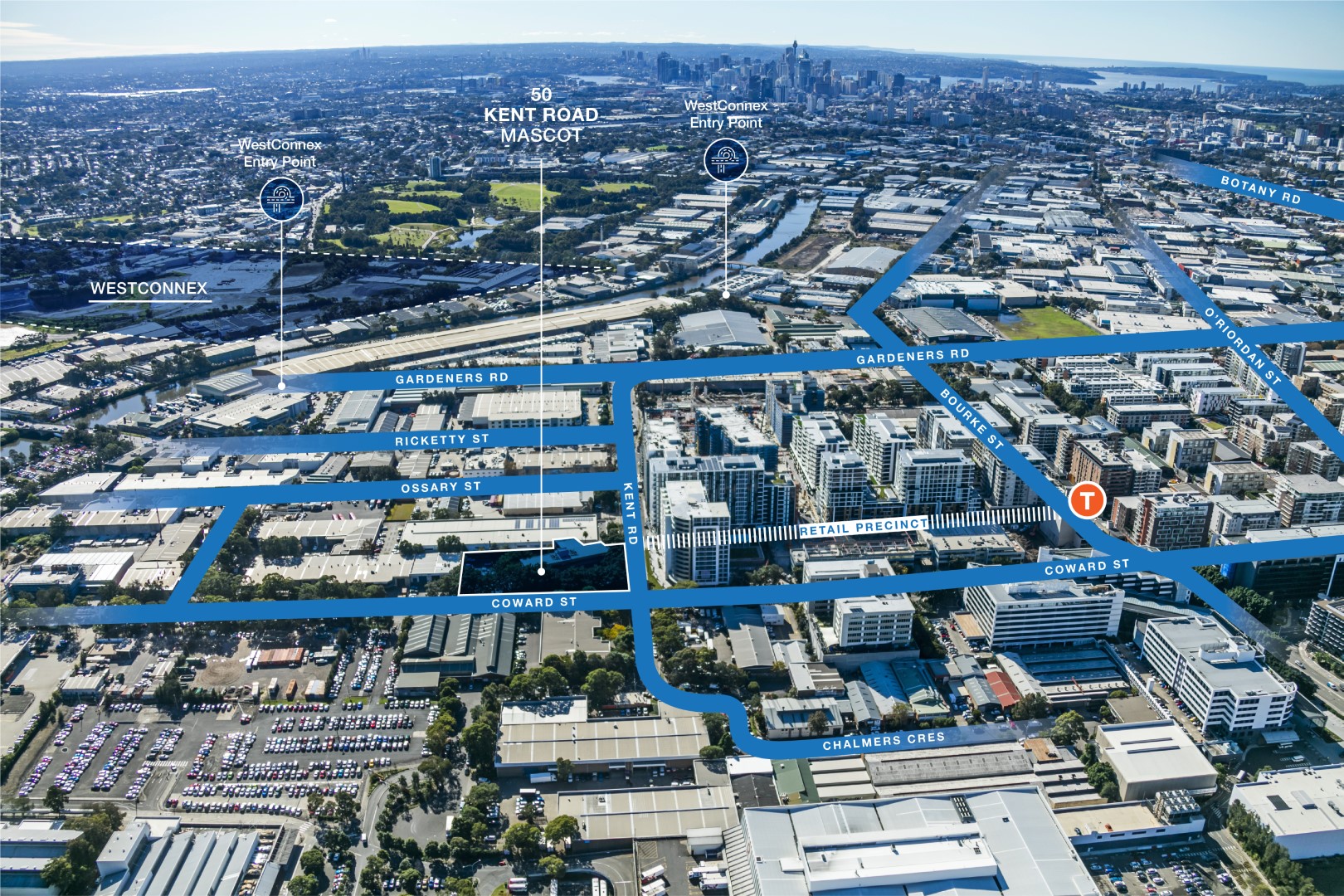 50 Kent Road Mascot was acquired off-market in October 2019 through Mike Crombie of Colliers International. With a site area of 5,059m2, the property enjoys a prime position on the corner of Kent & Coward Street, adjacent to the Mascot Central retail precinct and only 360m to Mascot train station.

“Whilst Tipalea have long been supporters of Alexandria, the record sale of our projects at 23 and 29 Bourke Road in 2018 reset that market to new heights and we have subsequently had to look further afield for value opportunities.” Scott Spanton, Chief Executive Office of Tipalea Partners, said.

For too long Mascot has had a negative reputation driven primarily by the build quality – which has been restricted by the lower rents and capital values achievable; whilst Alexandria currently enjoys a reputation as the cool and edgy place to be.

“We believe that compared to Alexandria, Mascot’s superior retail amenity and transport infrastructure, as well its well-established resident and worker base, there is an opportunity for Mascot to become the leading commercial precinct south of the Sydney CBD.” said Scott Spanton.

Over recent years Mascot has shaken off its industrial past to create a high rise village with all the amenity expected of a modern CBD such as a train station, retail shops and restaurants, brand new parks and infrastructure. This is a true mixed use suburb where you can live, work and play at your doorstep.

Whilst already an established office precinct of 190,000m2; never before has Mascot been able to deliver a “next generation” office development – historically the rents achieved in Mascot have been in the range of $300m2 – $400m2 which limited the amount that could be spent on construction. Tipalea believes that for the first time ever, thanks to higher rents and cap rates, Mascot is now able to provide a number of next generation workplaces – put simply we can now build a CBD quality building because the higher rents and values mean we can spend more on construction.

The 5,059m2 site is currently underdeveloped with only 2,700m2 of older style office space currently constructed.

Tipalea intends to develop a 15,000-20,000m2 office building with a Development Application to be lodged with Council in early 2020.

The acquisition is subject to a delayed settlement to allow time to secure a development approval.